Posted in One Hundred Million Dollar Verdict on August 28, 2022 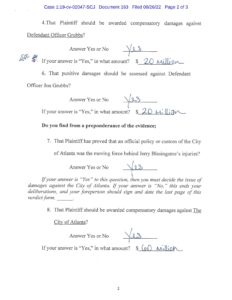 The Parties and Lawyers:

This case arose from a City of Atlanta police officer’s excessive use of force against a 65-year-old man who was pan handling on the side of an Atlanta highway. The lawyers involved in trying the case were Darren Tobin from Tobin Injury Law in Atlanta, and Ven Johnson and his associate Ayanna Hatchett of Ven Johnson Law in Detroit.

The case was tried before the Honorable Judge Steve Jones  in the United States District Court of the Northern District of Georgia of Georgia. The plaintiff’s team struck a jury on August 17th and rested at 2:45 on August 25th. The jury took one and half days before they returned their verdict on the afternoon of August 26th.  Throughout the trial, all 8 jurors paid close attention and took copious notes. 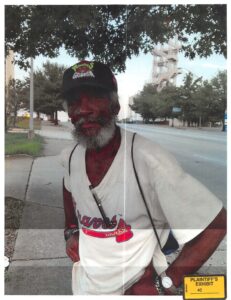 Facts of the Case:

In the middle of the afternoon on July 10, 2018, a city of Atlanta police officer, J. Grubbs (“Grubbs”) was driving in the front passenger seat of a patrol car. His partner, another Atlanta police officer was driving when he stopped the patrol car in the gore of a highway after he allegedly saw 65-year-old Jerry Blasingame (“Jerry”) pan handling on the side of the highway. This was around Windsor Street and I-20 in Atlanta, Georgia. Panhandling or “soliciting for monetary contributions” is a misdemeanor in the State of Georgia (and most states for that matter). When Grubbs first came into contact with Jerry, Jerry was standing near cars in stop and go traffic. Jerry was on the side of the highway, not in the highway. At trial, Grubbs testified that Jerry appeared to be asking for money, but that he never saw him receive any money. Jerry had no recollection of the incident on this day.

Grubbs exited his car and claims to have yelled “police” at Jerry, who turned and ran away. Jerry said nothing in response; Jerry had no obligation to stay and talk to the officer. Grubbs proceeded to chase Jerry and tased him while Jerry was on a dirt path leading down a hill away from Grubbs. That violated one of the police department’s official policies.  One of the policies that the City of Atlanta police department has is officers cannot tase the elderly or people running unless “exigent circumstances” exist.  As a result of Grubbs tasing Jerry, Jerry fell forward and struck his head on a concrete pad of a traffic control box. Jerry was unresponsive and had a pool of blood underneath his head and face. Grubbs was concerned Jerry would stop breathing and potentially die on the scene.

When Jerry hit his head against the concrete pad it caused his cervical spine to snap back. Jerry is now a quadriplegic. Within hours of Grubbs’ improper taser deployment this incident was placed under investigation and Grubbs was placed on administrative leave.

No footage of the tasing was recovered from Grubbs’ body camera. We established at trial that Grubbs erased the body worn camera. We told the jury that the evidence the body worn camera would have shown was vital to the case. Grubbs claimed he didn’t know it was off. But we proved through, what is called “an audit trail”, that the camera had been toggled on and off throughout the day and that the officer deliberately turned it off so that it deleted  2 minutes of footage prior to the tasering and the tasering itself. Body worn cameras that officers wear are at all times in what is called “buffering mode”. What that means is that as soon as an officer taps the camera to record, the camera will capture everything from that point forward plus the previous two minutes that were in buffering mode. By turning the camera off, however, it deleted everything that was in the buffering mode including the most recent 2 minutes.

EMS arrived shortly after and provided life-saving care to Jerry. Jerry was then transferred to the Grady.  Jerry requires around the clock specialized medical care and lives at Safehaven, a long-term care program in north Georgia near the Tennessee border.

We argued to the jury that Grubbs violated Jerry’s Constitutional right to be free from excessive force when he tased Jerry from behind while he was on a hill. We also showed that the city had policies addressing when and how to use a taser, and we showed that the policy was violated as Jerry was elderly and running down a hill—both dangers that must be avoided.  In addition to Grubbs’ tasing Jerry in the back, Grubbs was not in fear of any harm when he tased Jerry, knew Jerry was not a fleeing felon, and did not believe Jerry was going to hurt himself or anybody else at the scene.  Therefore, no “exigent circumstances” existed. Jerry never once made contact with the officer, he never swore at the officer, and there were no imminent threats that warranted the tasering. Grubbs’ lawyers argued that Grubbs had tasered Jerry because Grubbs was worried that Jerry would otherwise have run into a different highway.

At trial, we had several experts testify: two experts who were both former police chiefs from other cities, a physiatrist from UCLA, two neuropsychologists from Georgia, a life care planner from California, and an economist from Michigan. We also had Jerry’s primary nurse from Safehaven come testify. Notably, we did not have Jerry testify. We did play a muted 7-minute day in the life video but we presented no testimony from Jerry himself. He couldn’t even make it to the trial as he is hooked up to a trach at Safehaven. Everyone testified in person live at trial—no videorecorded depositions were played. Jerry’s past medical bills were about $4,000,000.00 and his future medical care costs were about $14,000,000,000.00. 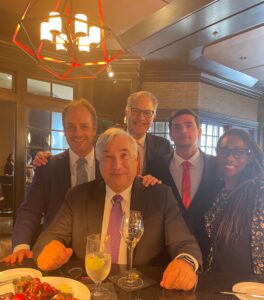