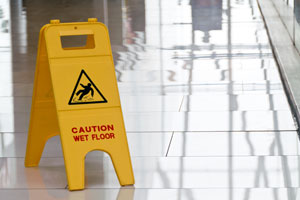 Premises liability is an area of personal injury law that deals with injuries a person suffers while on someone else’s property. All landowners, public and private, have a duty through the exercise of ordinary care to safely maintain their premises and to keep it free of foreseeable dangers or hazards. (O.G.C.A. § 51-3-1). Foreseeable hazards are those that the owner knew or should have known were likely to pose a safety threat to others lawfully on the property. If you have been injured on someone’s property, contact an Atlanta premises liability attorney at Tobin Injury Law for experienced legal guidance.

Examples of premises liability claims include:

With the increase in the use of “shared-economy” business models, such as Airbnb, an injury may occur on the premises rented via Airbnb. Just as with other landowners, Airbnb hosts, property owners who let others use their property via Airbnb, owe a duty of care to their guests. As of January 2020, Airbnb states that it provides primary liability coverage of up to $1 million per incident.

Negligent security is a major area of premises liability claims and an area of the law that our firm has carved a niche handling. When you are in a restaurant, bar, nightclub, music venue, or even a guest visiting a friend in an apartment building or complex, you expect to be secure and safe from any criminal activity. But when the owner of the property is aware of dangers or risks that could reasonably and foreseeably pose a threat to patrons and fails to take steps to remove, protect or warn of the danger, then the owner could be held responsible for any injuries that someone receives due to criminal activity.

What are Foreseeable Circumstances in a Negligent Security Claim?

To allege a claim of negligent security, the owner would need to have had notice of prior, substantial criminal activity on the premises or within the surrounding area. For instance, if several robberies had taken place in the nightclub parking lot, apartment building, or complex, or on an adjacent property over the past couple of months, then the owner has been given notice of the danger of future incidents occurring. He has a duty to exercise ordinary care to prevent harm by implementing security measures such as hiring security guards in the area and installing fencing, surveillance cameras, and increased lighting. If another robbery occurs before the owner takes steps to secure against it and someone was injured, the property owners will likely be held liable for damages.

Another scenario is where a patron or patrons on the premises get into a volatile situation that could easily escalate unless something is done to defuse the situation. The confrontation continues for several minutes but management or its employees who are present do nothing. If one of the individuals pulls out a gun and inadvertently shoots an innocent bystander or assaults, someone, the landowner could be found responsible for not providing adequate security to prevent the violence. Bars and nightclubs where alcohol is served and fights are not uncommon, and property owners are expected to have available security in the exercise of ordinary care while the same would not be expected of a grocery store or restaurant.

Call an Atlanta premises liability attorney in any case where you were attacked and injured in a parking lot, bar, restaurant, apartment complex, or on any other property where needed security was absent.

Business owners in high-crime areas are on notice that their customers or patrons could be harmed and must be proactive in keeping their premises safe. Their duty to customers applies regardless if the business just opened, since this is knowledge that business owners should seek. Safety measures that owners should consider implementing include:

It is what the owner could or should have done in the exercise of ordinary care to protect patrons or tenants that can determine whether the owner is responsible for any injuries that occur from criminal activity.

A major component of a property owner’s duty to its patrons, and landlords to their tenants and their tenants’ guests in an apartment building or complex, is to anticipate criminal activity. In the context of an apartment building, the owner or landlord has a duty to uncover hidden dangers and remove them by periodically inspecting the premises. This includes taking steps to protect tenants from persons coming into the building or onto the complex and robbing or assaulting them.

Business owners and landlords are only liable for foreseeable acts, including that of criminal activity. Days Inn of America, Inc. v. Matt, 265 Ga. 235 (1995). To have a successful claim in a premises liability case alleging negligent security, the incident causing the injury must have been “…substantially similar in type to the previous criminal activities occurring on or near the premises so that a reasonable person would take ordinary precautions to protect his or her customers or tenants against the risk posed by that type of activity.” Id. at 792. This does not mean that the activity must have been exactly the same. A robbery, rape or assault are similarly violent.

An inexpensive way of finding out whether the area near the premises has been subject to recent criminal activity is for the owner, or any other member of the public, to ask the local police department to provide a “crime grid.” This can be a graph or other document that indicates the dates, locations, and types of crimes in the immediate area. If the grid shows that there have been numerous burglaries, car break-ins, robberies, and other crimes that occurred on or near the premises, then the level of risk to the complex is high. This should prompt the landlord or complex officials to take positive steps such as increasing security presence to safeguard the tenants including warning residents. Any failure by an apartment building or complex owner to have requested and examined a crime grid could be a breach of that owner’s duty to exercise ordinary care since similar, future criminal activity was entirely foreseeable.

If you were attacked on the premises in a known high crime area and the attacker was able to access the area through a broken door or gate, call a negligent security lawyer immediately.

Georgia premises liability law distinguishes classes of persons who are on private or public property in order to determine the degree of care that the landowner owes to that person.

Invitees are persons who are expressly invited onto property such as bars, restaurants, department stores, sports arenas, public pools, or any other business that depends on people visiting their establishment or store. It can also include renters or tenants in an apartment building. Business owners owe a duty of ordinary care to invitees and are responsible for keeping approaches to the premises safe such as parking lots, ramps, stairs, and walkways. If the owner had knowledge of prior criminal activity or in the exercise of ordinary care should have known of it and failed to take reasonable steps to protect an invitee from an attack or assault, the owner could be found in breach of his duty and responsible for any resulting damages.

There is a lesser degree of care by landowners toward licensees. These are persons not expressly invited onto the premises but who are nevertheless allowed and expected. These can be social guests or persons who have no contractual relationship to the owner or who are not performing any service for the owner.

Owners are only liable to licensees for injuries sustained as a result of willful or wanton conduct toward the licensee. O.C.G.A. § 51-3-3 (b).  For instance, if the owner had notice or knowledge that robbers often hid in wait in a darkened area of the parking lot or building and failed to warn the person, the owner could be held responsible for the licensee getting robbed and injured.

If the owner had posted a sign in a conspicuous spot warning of the danger, there may be no owner liability absent other actions the owner could have performed in the exercise of ordinary care.

Trespassers are people who are not lawfully on the premises. You could be an invitee in one area of a store but a trespasser in another if you entered an area where you were expressly forbidden to be.

Most people assume that property owners owe no duty of care to someone breaking the law, but there is a slight duty on the part of landowners. For example, an owner cannot set a trap or create a hazard intended to injure any person who comes on their property, lawfully or not. An owner may think that he is providing adequate security by installing an electric fence, but if he failed to post a warning about the fence in a conspicuous location, even a trespasser who sustains serious burns or electrical injuries may have a cause of action against the owner for damages.

Two other common types of premises liability claims include slip and fall injuries and dog bites or attacks.

According to Enjuris, slip and fall accidents make up more than 8 million emergency room visits. Slip and fall claims are typically made against department and grocery stores where a wet surface, broken step, or other hazard was the cause of the fall and led to a serious injury like a broken arm or head injury. The degree of care owed to the victim depends on their status as either an invitee, licensee, or trespasser.

Liability in such matters largely depends on whether the property owner had actual or constructive notice of the danger or hazard and had a reasonable time to remove the hazard or give sufficient warning of it. Nolo has tips for people involved in different types of slip and fall accidents.

Dog bites or attacks can occur in a residence, dog park, or on the street while the dog is being walked or was off-leash. Unless the dog had previously tried biting someone or had displayed vicious or threatening behavior, a first bite will generally be excused. Also, a victim cannot have provoked the animal before it attacked him. However, if the dog was off-leash or unrestrained in violation of a city, county, or other government ordinance, this may be sufficient to at least allow the claim to go to trial as this by itself constitutes proof of the animal’s vicious propensity. Fields v. Thompson, 190 Ga. App. 177 (1989).

Our skilled and compassionate Atlanta personal injury attorneys are available to you 24/7. We offer free initial case consultations. Reach out to us by phone at 404-JUSTICE (404-587-8423), by email, or fill out our convenient online form. We understand the complicated state and local laws that govern premises liability in Georgia. Let us do the heavy lifting so you can concentrate on getting well and getting your life back on track. Don’t hesitate to call an Atlanta premises liability attorney today.