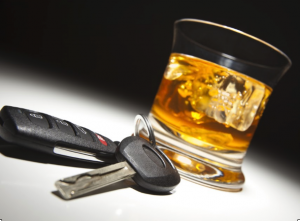 Driving drunk is dangerous, despicable, and oftentimes deadly. According to the Georgia Department of Transportation, one thousand five hundred and seven people died on Georgia roadways in 2019.

According to crash stats published by the National Highway Traffic Safety Administration, in 2018, 29% of all traffic fatalities involved drinking and driving. Drunk driving is a problem that makes Georgia’s roadways more dangerous for all drivers and passengers. If you or someone in your family is the victim of a DUI/DWI accident, contact a Georgia Drunk Driving Accident Attorney at Tobin Injury Law as soon as possible.

Teens and adults hear the creed “Don’t drink and drive,” so often, yet many choose to continue to drive after drinking. According to the U.S. Department of Transportation, three people are killed every two hours in accidents that involve driving under the influence of drugs or alcohol.

The statistics tell a grim story but can’t do justice to the grieving families, those who suffer catastrophic injuries or suffer serious physical and financial harm because of someone’s choice to drive while impaired.

Georgia Laws Against Drinking and Driving

Georgia Code Title 40 Motor Vehicles and Traffic § 40-6-39 states that a driver cannot be in physical control of a vehicle while under the influence of alcohol, any drug, glue, aerosol or toxic vapor that renders it unsafe for them to drive.

A person’s blood alcohol content (BAC) must not exceed 0.08 within three hours after operating a motor vehicle. For those operating a commercial vehicle, or any vehicle that requires a CDL, the blood alcohol content cannot exceed 0.04. Georgia also has a zero-tolerance policy for drivers under the age of 21, meaning a BAC of 0.02 or higher will result in a DUI charge.

For drivers that exceed the legal limit of alcohol or are under the influence of other controlled substances, criminal penalties vary depending on the nature of the arrest, injuries, or deaths that might have occurred, and whether it is a first or subsequent offense.

Drunk Drivers Can be Held Liable for Compensatory and Punitive Damages

Criminal penalties are common and costly for drinking and driving. However, there are many situations when criminal penalties are not enough to act as a deterrent.  According to Mothers Against Drunk Driving (M.A.D.D.), between fifty and seventy-five percent of drivers whose license is suspended because of a D.U.I. continue driving.

Drunk drivers in Georgia can be held financially responsible for the injuries and damage they cause. Driving under the influence of drugs, alcohol, or a combination of the two, constitutes criminally reckless conduct. The criminal court system handles criminal penalties, but drunk drivers may also face a separate civil court case.

Motor vehicle accidents involving drunk drivers, including those that involve motorcycles and pedestrians, tend to be far more catastrophic and are associated with a higher incidence of serious injuries and fatalities. One-fourth of the deaths from motorcycle accidents in Georgia involved riders with a BAC of 0.08 or higher.

Dram shop laws are designed to allow victims of drunk driving accidents to seek compensation from establishments such as bars and restaurants or other third-party vendors who sold alcohol, liable for damages. The criteria for holding an establishment liable include:

Statute of Limitations for a Drunk Driving Lawsuit

The same statute that governs other personal injury claims applies to drunk driving lawsuits. O.C.G.A. § 9-3-33 holds that victims have two years to file a claim in court. However, the statute of limitations is tolled (paused) during the time that the drunk driver is facing criminal prosecution for up to six years. The clock on the two-year statute of limitations does not start until after the criminal matter is resolved or six years have passed.

At Tobin Injury Law, we work closely with you to ensure you receive the compensation you deserve. Insurance companies need to know that you have an attorney prepared to take a case to trial if necessary. Tobin Injury Law will work toward a settlement while preparing for trial.

Reach Out to Our Team Of Legal Professionals. Contact our firm at 404-JUSTICE (404-587-8423) for a free initial consultation to discuss your case. Our experienced team will help you understand your rights and what to expect as your case moves forward.