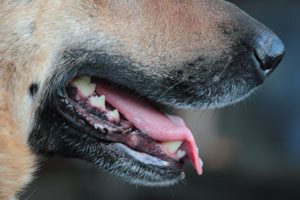 Piedmont Park and other dog parks make Atlanta a dog-friendly city. More than half of all Atlanta households own a dog. A dog really can be a man’s best friend.  Pet owners know that dogs are great companions, but responsible dog owners know that dogs can be unpredictable. Responsible dog owners protect children and adults by controlling their dogs.

Few things are more frightening to a child than a dog jumping at the child. Children are the victims of half of all dog attacks that require medical attention. Adults are usually bitten in the hand or leg, but a child’s face is easily within reach of a dog’s mouth. Most children under the age of 4 are bitten in the head or face.

Does Georgia Law Require Owners to Control Their Dogs?

Georgia’s Responsible Dog Owner Act took effect in 2012. The law makes it unlawful for the owner of a “dangerous dog” to permit the dog to be off the owner’s property unless the dog is on a leash and under someone’s physical control. The leash cannot be longer than six feet. O.C.G.A. § 4-8-29(a).

Georgia law defines a “dangerous dog” as one that has:

Georgia law defines a “vicious dog” as one that has inflicted serious injury on a person. O.C.G.A. § 4-9-21(a)(6). A serious injury is one that requires multiple sutures or hospitalization, as well as an injury that impairs the function of an organ, results in a lengthy impairment of health (including the transmission of an infection), or creates a substantial risk of death. O.C.G.A. § 4-9-21(a)(5).

Georgia courts follow a modified form of the “one bite” rule. The traditional “one bite” rule assumes that a dog owner has no reason to believe that a dog is dangerous until the dog bites someone, and therefore under the “one bite” rule the dog owner is essentially free from responsibility for the first attack.  The theory of the one-bite rule is because the owner supposedly has no reason to know that controlling the dog is necessary, the owner has no liability when the dog has never bitten anyone.

Georgia’s modified “one bite” rule is consistent with the “dangerous dog” definition in the Responsible Dog Ownership Law.  Georgia’s modified take on the one-bite rule is that an owner has “notice” that a dog needs to be controlled if the dog behaved aggressively toward a person, even if the dog did not bite.

The Georgia Supreme Court ruled that a pit bull placed its owners on notice that it was dangerous by snapping at someone. After the dog attempted to bite, the dog owner had a duty to keep the dog under control. The dog owner could, therefore, be held liable for a dog bite injury even though the dog had never bitten anyone.

Dog owners are negligent when, knowing that a dog might attack, they fail to control the dog. Failing to keep a dangerous dog on a leash or in an enclosure may be negligent. However, liability is not always as clear-cut as one would think. Reach out to an Atlanta personal injury attorney at Tobin Injury Law today to get legal guidance.

Infected puncture wounds leading to hospitalization are among the most serious dog attack injuries. Clostridium tetani bacteria can cause tetanus, while Pasteurella bacteria weakens immune systems and places attack victims at risk of acquiring serious diseases. MRSA bacteria from dog bites can cause Staph infections in blood and organs that resist antibiotics.

Repeated surgeries may be needed to correct facial scarring, including surgery after a child stops growing. The trauma of being attacked by a vicious dog may produce ongoing fear and anxiety that can only be overcome with psychological treatment. We help dog attack victims recover the compensation they need to rebuild their lives in full and we help dog attack victims punish irresponsible dog owners. Contact us at 404-JUSTICE (404-587-8423) or fill out our convenient online contact form.