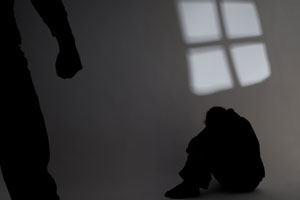 Any victim of a sexual assault will tell you how traumatic the attack was and that it constituted the most extreme physical violation one can imagine. It usually takes many months or years for victims to come to terms with what happened to them before they can recover and continue with their lives. However, even then, the trauma and horrific recall are memories that will never leave them. Although nothing can change what happened, an Atlanta Sexual Assault Attorney can help right some of the wrongs by holding the responsible parties accountable. You can also obtain financial recovery.

Sexual assault includes rape and any other unwanted or non-consensual touching of a person’s intimate body parts. This includes not only sexual intercourse but also oral sex, fondling, groping, or penetration of an intimate body part without that person’s consent and with the intention of arousing sexual desire. A person can commit sexual assault even if the touching is done over the clothing.

A sexual attack is a criminal offense that can send offenders to state prison for decades. In an aggravated case or if the victim was under a certain age, victims can pursue and collect compensation from the perpetrator or other responsible parties who negligently failed to prevent the attack. If you need support, you can visit Sexual Assault Support Center’s website. Then, call a skilled and knowledgeable Atlanta personal injury lawyer if you have been the victim of a sexual assault.

Many sexual assault victims are attacked by people they know.

Silence Does Not Mean Acquiescence

If you were passed out or incapacitated when someone had sex with you, then that person or persons can be charged with a sexual assault crime since you were incapable of giving consent.

If you were threatened with physical harm or were too overwhelmed or frightened to refuse, since the attacker was a trusted friend, mentor, teacher, or coach, it still does not constitute consent.

If you were involved or engaged in an intimate act and then withdrew your consent, the other person must immediately refrain from further contact or be liable for sexual assault.

A sexual assault civil claim is an intentional tort. As a victim, you could pursue any of the following civil causes of action:

Unlike a criminal allegation, where the state must prove a defendant guilty beyond a reasonable doubt, your burden of proof in civil claims is lower. The usual civil standard is proof by a preponderance of the evidence, or that it is “more likely than not” that the defendant sexually assaulted you and caused your injuries.

You have two years from the date of the assault to file a sexual assault claim for compensation. But if the defendant could have been prosecuted in criminal court or was prosecuted, then you have two years from the time the criminal prosecution has ended, or 6-years have passed since the assault took place, whichever is shorter. In any event, do not hesitate to contact a skilled Atlanta personal injury lawyer if you were victimized in an assault.

In many civil claims for sexual assault, you can bring a claim against the defendant’s employer that hired or retained the defendant such as in the Massage Envy cases. In cases where a teacher or coach was the offender, the school is often alleged to have been negligent in hiring the individuals or in failing to monitor their conduct. In the cases of Larry Nasser and Jerry Sandusky, the universities that retained them were found to have had prior knowledge of the accusations and complaints but did not alert authorities and did nothing or little to prevent continued assaults. The Catholic Church has become notorious for shuffling accused priests to different dioceses instead of reporting repeated allegations of sexual misconduct or at least defrocking them. Millions of dollars in compensation has been paid by the church to victims, many of whom were assaulted decades ago and their attackers deceased.

Victims of sexual molestation by hospital or nursing staff can bring claims against the facilities that employed the staff members through vicarious liability, or by uncovering evidence of negligent hiring or failure to investigate complaints. Vicarious liability means liability arising from a supervisory relationship between two parties, such as between an employee and employer.

Bringing claims against large institutions such as the church, universities, public schools, hospitals, or nursing homes can be drawn out and involve complex issues of liability and production of evidence. If you hesitate in seeking legal counsel from an Atlanta sexual assault attorney, valuable evidence can be lost or purposely destroyed.

Like any other personal injury claim, you are entitled to certain damages. These can include:

Mental repercussions: A victim of sexual assault may undergo months or years of counseling for depression and anxiety. Post-traumatic stress disorder (PTSD) is not uncommon as victims experience flashbacks, and nightmares, and feel they must be constantly on guard. Eating disorders, obsessive-compulsive disorders, and generalized anxiety disorders are not uncommon. Victims may find that they are no longer able to sustain intimate relationships with another person.

Physical repercussions: Assault victims may have sustained a sexually transmitted disease, herpes, or HIV. Scarring from a knife or other weapon may have left permanent disfigurement. A victim may find that she is unable to return to work for weeks or months and may incur substantial expenses for psychological counseling.

Retain an Atlanta sexual assault lawyer who understands that such cases need to be treated with compassion and recognition of the trauma you have experienced while also aggressively going after all the parties responsible for the assault so that you can obtain reasonable and appropriate compensation. We are standing by to help you. Contact our Atlanta sexual assault attorney today at 404-Justice (404-587-8423).