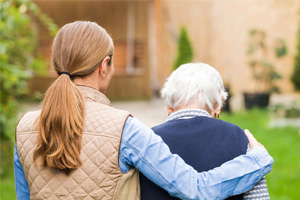 Dozens of nursing homes and residential care centers serve elderly residents throughout Gwinnett County. Many of these nursing homes and assisted living facilities are located in Snellville and Lawrenceville. At their best, these facilities serve people in need. At their worst, they abuse and neglect their residents. It is imperative that you have access to a Snellville Elder Abuse Attorney to help you in these matters.

The Georgia Department of Human Services recognizes elder abuse and neglect as a serious public health problem in Georgia. Elder abuse occurs in families, in nursing homes, residential care facilities, and assisted living facilities. It is also committed by visiting nurses and home health aides who are supplied to families and senior citizens by businesses.

Our Snellville nursing home neglect lawyers represent senior citizens who have been abused or neglected. We also represent families when abuse or neglect results in the wrongful death of their parent or parents.

What Georgia Laws Protect the Elderly?

Georgia law makes it unlawful for any individual who has supervision of a person over the age of 65 to willfully neglect that person. O.C.G.A. § 16-5-101(a) defines criminal neglect as depriving the person of “health care, shelter, or necessary sustenance to the extent that the health or well-being of such person is jeopardized.”

Proving that an individual acted “willfully” is difficult. Criminal prosecutions tend to focus on the worst examples of neglect. Many cases that might warrant criminal prosecution are never charged. That’s where our Snellville personal injury attorney, Darren Tobin, can help.

Fortunately, Georgia imposes duties upon eldercare providers that can be used as the basis for civil lawsuits. Georgia law recognizes that nursing homes and other institutions that care for the elderly have a duty not to neglect their residents. O.C.G.A § 31-8-108(a) requires long-term care facilities to provide “care, treatment, and services which are adequate and appropriate” and to do so with “reasonable care and skill.”

When Is a Nursing Home Liable for a Patient’s Injury?

Georgia law generally holds nursing homes liable when they fail to take action that would prevent a patient from suffering foreseeable harm. For example, the protocol for lifting patients from a bed or wheelchair generally calls for either two staff members working together or special equipment that allows a single staff member to lift the patient safely.  The staff knows that they need two members to perform a Hoyer lift.

However, knowing what they are supposed to do and doing it, are two different things. When a nurse’s aide in an inadequately staffed facility decides to lift a patient without waiting for help and the patient falls and suffers an injury, the nursing home is liable because the staff member failed to follow that protocol.  For two years, between 2016 and 2018, we represented a family of an elderly resident who was dropped on her head because the aide tried lifting the resident on her own. The aide dropped the resident on her head which resulted in a brain bleed, and ultimately death.

In Forum Group at Moran Lake Nursing and Rehabilitation Center, LLC v. Terhune, 318 Ga. App 281 (2012), the Georgia Court of Appeals affirmed a wrongful death judgment against a nursing home based on evidence that “nursing home personnel failed to implement fall risk precautions.” A patient fell several times before being taken to an emergency room with a badly broken hip. The patient died of systemic infections caused by a hip fracture.

Other harms caused by patient neglect cited in the Terhune decision included malnutrition, dehydration, having the patient sleep in a bed with a broken bed rail, allowing the patient to sleep in an unsanitary environment, and failing to assure that the patient took his medications. While it is unusual for the same patient to be harmed in so many ways, it is depressingly common for patients to be injured by one or more of those examples of patient neglect. Our Snellville Elder Abuse Attorney will help you.

Are Nursing Homes Required to Protect Patients from Violent Acts of Others?

Nursing homes and other eldercare institutions are responsible when a patient is harmed by staff members either because of deliberate or simple negligent behavior. Patients with dementia and others who are deemed “difficult” are particularly at risk of being injured by frustrated or angry staff members.

Nursing homes are also responsible when a staff member sexually assaults a resident. Elderly patients are too often vulnerable to rape and other acts of sexual assault committed by staff members who are hired without proper screening or who are negligently supervised.

In many cases, institutions can be held responsible when violent acts are committed by another resident. In Associated Health Systems, Inc. v. Jones, 185 Ga. App. 798 (Ga. App. 1988), the Georgia Court of Appeals affirmed a judgment against a nursing home for injuries caused by another nursing home patient. Staff members were aware that a patient with mental health issues had behaved violently toward a patient named Jones. Despite several incidents of escalating abuse, the nursing home took no effective action to protect Jones. After Jones was severely beaten, he was transferred to a hospital.

A jury found that the nursing home was negligent in failing to protect Jones. The nursing home argued that it had no duty to control violent patients. The Georgia Court of Appeals concluded that the duty to exercise “reasonable care and skill” when caring for patients included an obligation to protect patients from other, physically aggressive residents. The court held that nursing homes must protect patients “from danger or injury which can reasonably be anticipated from the acts of other residents.”

How our Snellville Elder Abuse Attorney Can Help

Nursing home neglect or elder abuse is not always easy to prove.  Nursing homes routinely hide errors that the staff makes.  A family who wants to pursue justice should consult with an experienced nursing home lawyer who knows what experts are needed and what federal laws apply to prove what happened. Contact us today for a free case evaluation. Call (678) 263-3733.