We treat every case,
regardless of size,
as if it is our
most important case.
find out nowHow Much Is My Case Worth? 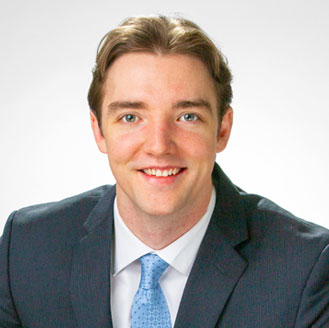 Campbell Walker grew up on his grandparent’s farm near Bayou La Batre, Alabama–a small community on the Gulf Coast. His experiences with bullies in grade school inspired him to learn kickboxing and compete in tournaments during high school. Campbell’s martial arts training taught him respect, dedication, and perseverance.  Those same skills which he learned at an early age are the skills he deploys today as he fights for injured clients against insurance companies and corporations.

Campbell attended the University of South Alabama where he graduated summa cum laude with a bachelor’s degree in Anthropology and a minor in Museum Studies.  Campbell was a member of the University Honors Program, an undergraduate research fellow, and earned a scholarship to excavate ancient tombs in Oman during a month-long study abroad trip.  After his sophomore year in college, Campbell received an exclusive invitation to attend a rigorous pre-law program for undergraduate students at Florida State University’s law school. It was during that summer program that Campbell decided that he would become the first member in his family to attend law school.

After graduating from the University of South Alabama, Campbell worked at a personal injury law firm in Mobile, Alabama for almost two years before moving to Atlanta to study at Emory University’s School of Law.

The hard work and focus that his martial arts training provided him proved useful as Campbell became the Managing Editor of Emory Law’s International Law Review.  He also served as a student attorney at the Turner Environmental Law Clinic, and his grades earned him membership to the Dean’s List. Campbell continued gaining experience with personal injury cases throughout law school by interning for personal injury law firms in Atlanta where he assisted attorneys with automobile collisions, trucking accidents, and insurance coverage issues.

When Campbell is not working on his clients’ causes, he can be found honing his martial arts training at a local gym.  He also enjoys exploring the mountains, lakes, and vineyards of North Georgia.

To talk with Campbell about your case, you can email him at campbell@tobininjurylaw.com.